ZBT is extremely proud to be participating in Humorology for the seventh straight year in 2019-2020. From Humorology’s website:

Humorology, or “Humo” for short, is an annual, juried, musical/variety show that takes place at the University of Wisconsin – Madison in April of each year.  Humorology has been a UW – Madison tradition since 1948, touching the lives of students and the community through the friendships that are made, and funds that are raised. Each year, over 600 students spend the course of the academic year on a team (cast), writing, composing, choreographing, and directing original mini-musical comedies. This year, 6 casts will compete in the final show (April 16-18). While competing to create the best show, the casts also compete against one another to raise the most money for the philanthropic partners Humorology chooses to donate to that year. 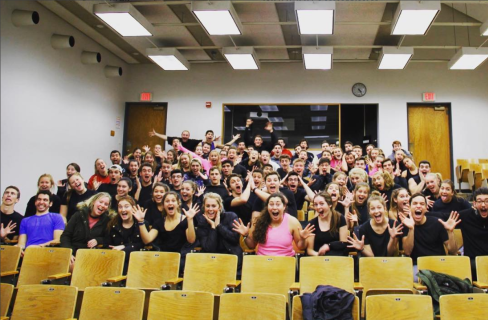